“To be the united voice of the American hunter, to protect our sport, our lifestyle, and our heritage—while standing for the principles of God, family, country, and our nation’s Constitution.”

The Challenge facing the American Hunter:

Hunters are hardworking patriots from all walks of life and backgrounds. Hunters  are concerned about many critical  issues facing our country and their lifestyle, and yet.

Hunting Heritage
Hunting is ingrained in our culture. From the Native Americans, to the early settlers, to the men who fought for independence and to the adventurers who explored new frontiers, hunting played an unmistakable role in building and growing our nation. Hunting reflects our nation’s unique character and heritage: rugged individualism amidst strong community.

Second Amendment
Enshrined in our nation’s Constitution is the right to keep and bear arms. Though the Founding Fathers understood this right extended beyond the need to hunt, the freedom for citizens to own firearms is essential to hunters.

Land Access
Public lands should be open and accessible for multiple uses, including hunting. Further, public land should be responsibly maintained to ensure habitat conditions are improved to support healthy animal populations and dangerous conditions that lead to wildfires are reduced or eliminated.

Wolves & Responsible Predator Management
Current federal policy has allowed the gray wolf population to grow at an overwhelming rate. Politically-driven stances by anti-hunting groups and activist judges have led to these vicious predators preying upon livestock, deer, elk, and moose. Responsible population control of these predators is critical to sustaining wild game populations.

Retention and Re-Engagement of Hunters
Just as crucial as preserving hunting’s heritage is sustaining its future. Unnecessary, burdensome, and politically-driven barriers to hunting should be eliminated and the way of life for hunters should be preserved for generations to come. 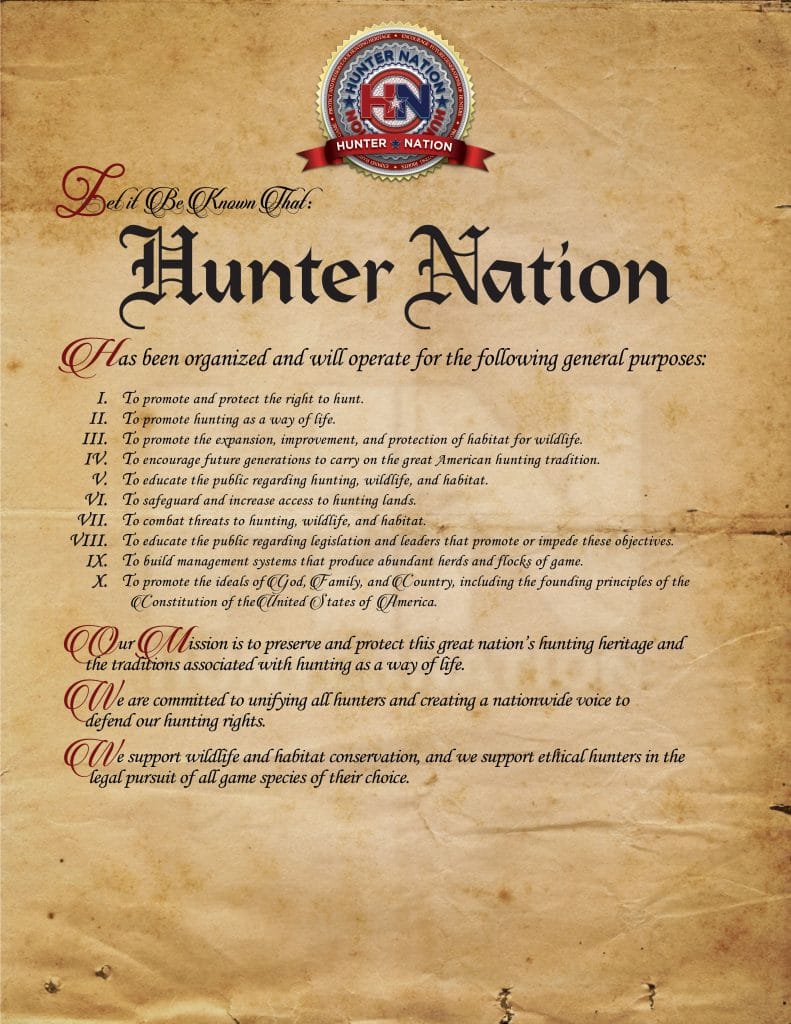